TEDxVienna | Mythology, demagogy and why it’s all Greek to me

Mythology, demagogy and why it’s all Greek to me

Some things make sense when you consider the facts and some things simply defy logic. Current political discourse seems to be increasingly falling into the second category, and while it may sound alarming, there are enough expert analyses on the subject, so this isn’t trying to be one.

But here’s a crazy idea: Since we’re anyway living in a post-factual age, what if we sincerely embraced mythology? After all, it offered our ancestors a holistic view of the world, albeit non-scientific and wildly imaginative. Could mythology offer us new insights? Who knows.

Be warned, however, what follows is pure fiction.

The Ancient Greek myth of Demagogos

Demagogos pursed his lips and looked at his persona in the mirror from all angles. He had pulled the scam of the century. He had bluffed a bluff that had left even expert bluffers like himself, completely baffled.

“I’m a damn genius!” he exclaimed and instantly regretted not being able to capture this on a selfie, due to the lack of smartphones in those ancient days. 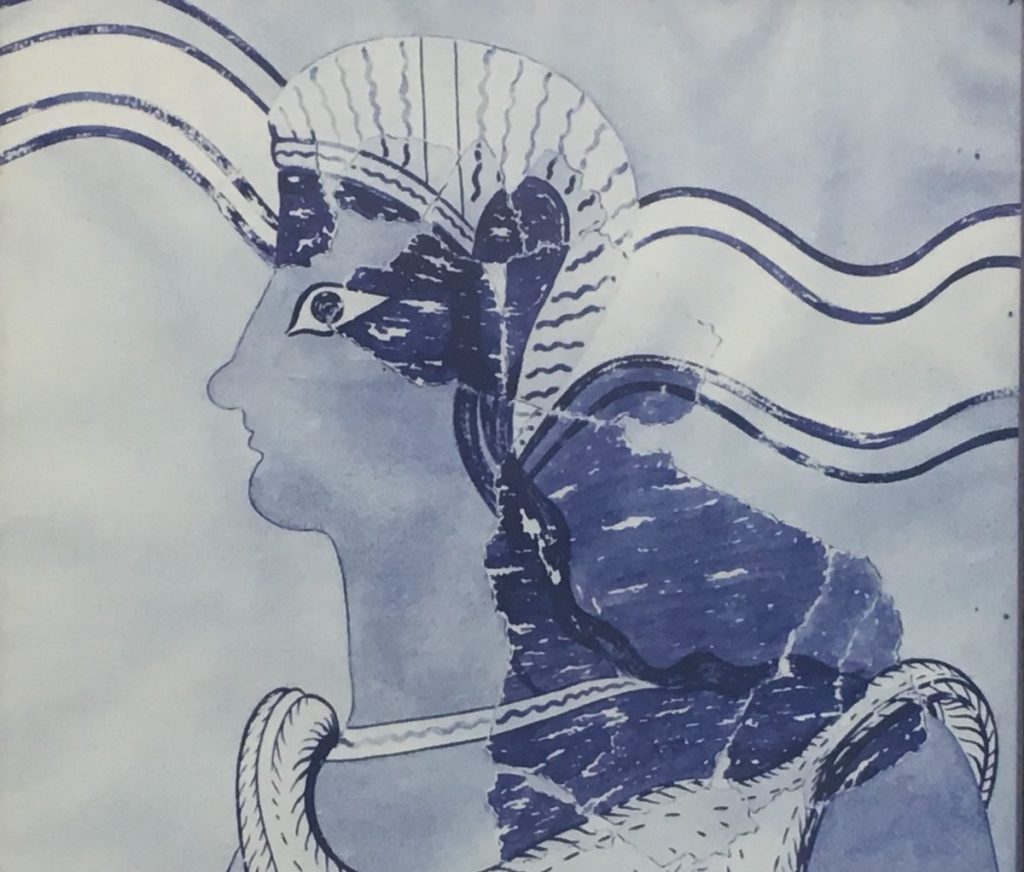 Zeus was pacing up and down in fury. “How dare that f++ fiddler full of feces threaten my kingdom?” he frowned. The fact that Demagogos’ bigotry, misogyny and other bestialities had resonated with so many innocent folks was a thorn in Zeus’ side. He grabbed his thunderbolt and prepared to thrust it upon the world in rage, but due to climate change, the lawns of the Elysian fields had turned into an arid space and being out of golf practice, he had simply lost his swing. The thunderbolt bounced back and hit him like a boomerang. He staggered like a madman and let a howl so horrible, it made the highlands and the lowlands shake like jello.

But why was Zeus so upset?

Demagogos was his illicit son and, despite precautions he had taken for him to never see the light of day, the Moirai had ignored his wish and weaved a different destiny. And more than Zeus liked to admit, this offspring clearly carried his genome and challenged his hegemony, for he too was known for fumbling in female parts without permission.

Let us take things from the beginning.

The truth is, it all started in Athens on the Acropolis

In Athens, it was a sunny term, when Demokratia became pregnant with Zeus’ sperm. When a boy was born, Pythia prophesied he would remove his father from the throne, so Zeus ordered to throw him to the Tartarus (which was the way gods handled family planning).

Though he didn’t plan with the Nymphs who disobeying Zeus, hid the gold-haired baby in a cave in the West Peloponnese, and fed him milk and honey till he grew up – to fame and money.

Now on a sunny afternoon, Demagogos sat there clueless

How to rule? He started by wreaking havoc which is what he knew.

He lashed out at the Agora, which gave some people a condition that was misdiagnosed as agoraphobia. Yet others took to vandalism and slander, to give way to their anger.

He made Algorithmos, who was good at math his protégé, and hired the twins Demos and Ochlos to be his attachés.

Algorithmos brought all of his friends and followers on board, and kept repeating the same things to the same folks, till they eventually got bored. He fed on fake news – as he only cared for clicks and views – devouring anything that came his way, till he had to be thrown to the Labyrinth and locked away. Many tried to tame the beast, and if they aren’t still trapped in the echo chambers, they’re deceased.

Back to the twins Demos and Ochlos…

While Demos liked polyphony, complexity and the colors of the rainbow, Ochlos his alter ego was quite a vengeful fellow. He often bullied his brother, and had an awful temper. He’d snap and start a shitstorm, then he’d snap out of it again – it was a vicious circle.

And Demos? He’d helped Demagogos rise and now he was deeply polarized. 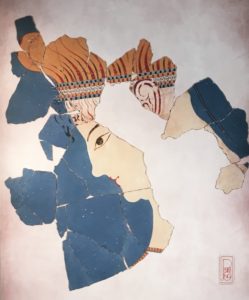 “Oh Zeus, what monster have I born into this world?” cried Demokratia, and it suddenly struck her that this was a rhetorical question.

How does the myth end?

Demos died of dichotomy. Ochlos was crashed by the masses. Demagogos became way too popular and as often happened in ancient Greece, he was eventually ostracized. Algorithmos grew out of proportion and bit himself in the tail. For better or for worse, Zeus gave way to other gods, and Demokratia survived, despite her frail disposition.

All images are photographs of wall paintings at the Palace of Nestor, 13th century B.C., as exhibited on the excavation site and at the Chora Museum, West Peloponnese, Greece. Image credits belong to the author.