TEDxVienna | As the World Turns – Seeing Space from Earth

As the World Turns – Seeing Space from Earth

The world of the internet informs me, mostly through memes, that there are two types of children – those devoted to dinosaurs or those steadfastly focused on the stars.  As much as I was a “dinosaur kid” searching for fossils on the beach during family camping trips, I also fell deeply in love with space.  And this meant finding a way to explore space from earth.

“That’s not Arcturus!”  My younger sister forcefully stated while asleep in the family tent trailer.  That exclamation regarding Alpha Boötis, the brightest star in the constellation Boötes woke up everyone from a dead sleep.  She was arguing with someone, probably me, about the position of Arcturus in the night sky.  This was likely due to an argument that we had earlier in the evening regarding the proper positioning of my star chart, which we were using to identify the summer triangle.  As you can tell, we were extremely cool kids. 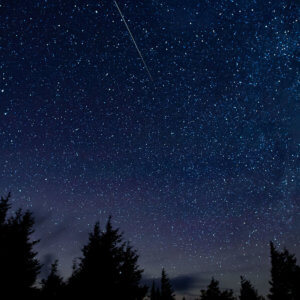 On the same camping trips where I spent the days looking for what was left of Paleozoic creatures on rocky beaches I would spend the evenings staring at the sky. I would look up at the night sky to see the Perseid meteor shower sail through the summer triangle against the background of the Milky Way with absolute awe.  Or follow my father pointing into the blackness of the night sky to highlight a bright planet or a satellite. And through family star gazing around the campfire a deep and abiding love of space glowed brightly in the eyes of my sisters and I.

How many others are out there who fell in love with the night sky?  The glowing red dot of Mars?  The bright light of Venus?  The navigational pull of the North Star when lost in the darkness, both real and imagined?

We don’t need to be astronauts

Astronauts are exploring the frontiers of space.  Astronomers are forever searching for new worlds by using high-powered telescopes across the world and orbiting the earth.  It seems almost impossible that the average person would be able to explore this new frontier.  Unless you are slightly better off than average and might be able to afford tickets for rocket flights – Elon Musk and Richard Branson are working to make space tourism a more affordable reality but the Russians already offer tourism flights for approximately $40 Million USD, as of 2009.

How can you explore space without being an astronaut, an astronomer, or being insanely wealthy?

This is a deflating prospect.  It is almost like someone telling you that you are too young or too old to do something.  That we are being left behind.

Fortunately for us, we can make discoveries in the night sky on our own.  Just like my family around the campfire.

Most of us have all done some elementary stargazing, looking at the sky and identifying Ursa Major and Ursa Minor, perhaps Orion’s belt, maybe Pegasus, or even one of the zodiac signs. Some of us are lucky enough to know someone with a rather good telescope that can bring the craters of the moon into greater focus.  However, this seems to be a hobby that many of us put away at the end of our teenage years. It is about the same time that we also shelve the dinosaur fossils.

We need to go outside

To stargaze we need to get outside.  And not just outside our houses but outside the city.  Our life in the city means that there is a certain amount of light pollution. This means that we will be able to see the brightest and most prominent stars as the lesser lights of the night sky are not able to compete with street lights.

And the only equipment you need is a free app on your cell phone and possibly a blanket.  The app will allow you to identify the constellations and planets that you can see in the night sky.

If you don’t want to stand outside, in the dark, identifying obscure points in the sky, you can witness one of the more amazing events with no effort and no cell phone. The most fantastic meteor shower will happen between mid-July and late-August, the Perseid Meteor Shower. Meteors will sail across the sky at the rate of 80 an hour with the height of the meteor shower having up to 200 an hour, according to NASA. It is exhilarating to watch the streaks across the sky in the darkness of the night.

Keep an eye out for stargazing events in Vienna – sometimes local astronomers from the universities and the observatories offer guided stargazing walks.

The biting cold of winter usually defeats even the most steadfast star gazers in the northern hemisphere.  And a thermos of hot chocolate cannot chase away the cold forever.  Don’t worry, there are still options.

Vienna has three phenomenal opportunities to explore the night sky. 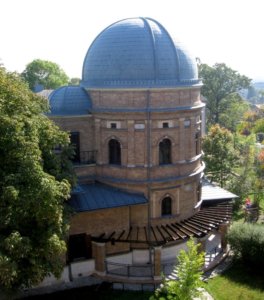 There is the Kuffner Observatory.  Located in the 16th district of the city the observatory offers education programs and their website lets you know when interesting things are happening in the night sky. Like where you can find Saturn and Jupiter.

There is also the Urania Observatory.  Located centrally in the first district it features in many tourist guides.  Their website has handy information on programs and events.

Let’s not forget the planetarium in the Natural History Museum.  The planetarium offers education programs about the big bang, light, dinosaurs, and many more.

So, don’t be left behind – do some exploring on your own.  Look up, way up, at the night sky and see what wonders await you there.